Offenbarung from Gratzug’s third full-length release of the same title was my introduction to this outstanding German black metal project, fronted by the multi-talented Mephistopheles. I have inserted the track below and strongly suggest you listen to it while reading this interview. 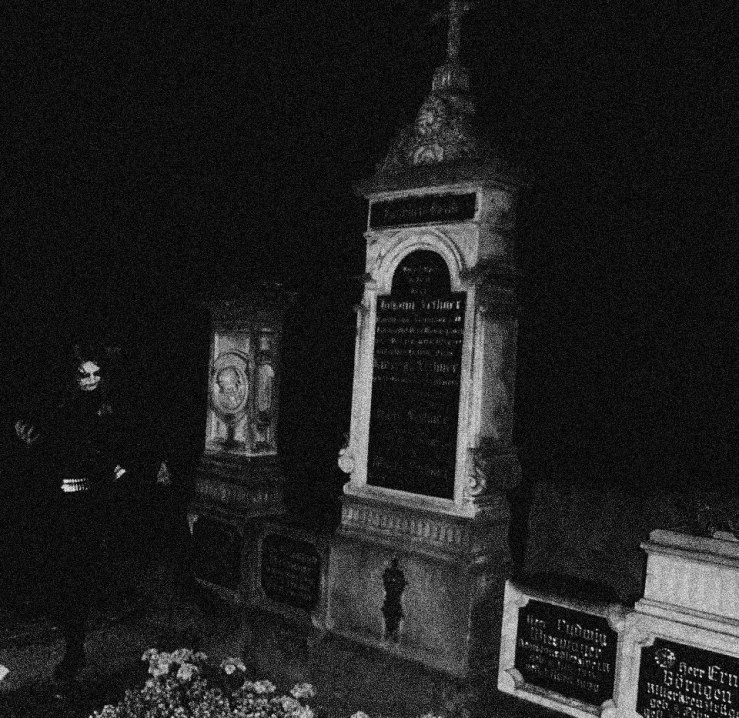 What inspired the formation of Gratzug and what were your initial goals with the project?

Basically, there was no real trigger that led to the decision. I’ve always listened to music with great enthusiasm and especially liked black metal. At the same time I always had own ideas for melodies or compositions and so the simplest way to conserve them was to record them and so the first demo tape “Vor dem Tor” came into existence. Certain ideological or religious goals are not my intensions, I only share a certain understanding of black metal and how it should sound in my opinion.

You have released three albums along with numerous demos and splits since 2011 – quite an accomplishment for a one man band. From where do you source the time, motivation and energy to maintain such a prolific project?

I’m often surprised how many they have become in the course of the past years. Right from the beginning I intended to finish Gratzug as soon as it comes to grab riffs, somehow only to make songs. That would not be satisfying for all parties concerned. But as it seems, right now I have still many ideas for new stuff. The ideas are “transformed” rather quickly but with the necessary precision.

Writing the songs and recording the basic structure often does not take longer than one day. Working in an “one-man-project” has the great advantage that you don’t have to rely on anyone else and that you are master of your time. 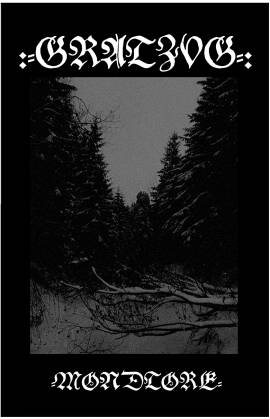 Your sound is greatly influenced by Finnish black metal. What, in your mind, are the Finns doing with their black metal to make is such an influential force?

The Finnish influence as far as the sound is concerned is rather accidental. I simply decide what sounds good to me while composing and what creates a certain mood and atmosphere. Of course I like several Finnish projects and I consider them one of the best “scenes” today, but they never have been a big example for me. Some Finnish bands play a very melodic kind of black metal. That’s perhaps why there exists a certain similarity with Gratzug.

One thing I immediately noticed when I started looking into Gratzug for this interview was your enthusiasm for artwork and packaging. When I buy a release I want the packaging and artwork to leave a good, long lasting impression. This age of digital downloads has made many musicians complacent when it comes to that aspect of their releases, so I relish the fact that you put the effort in. What are your thoughts on this subject?

Me personally, I only buy Vinyl and Tapes and the artwork always has a big impact for me. A release should be in harmony as far the visual aspects and the music are concerned. I’m in a fortunate position to have found Hammerbund, a label that extremely pays attention when it comes to different packaging and artworks.

Would you mind talking about into the fascinating yet barbaric story behind the inspiration for your latest LP Bei Da Nacht and what inspired you to use it as the basis for a release?

The concept behind “Bei da Nacht” (engl: at night) is based on multiple murder on a small secluded farmhouse in the night from March 31 to April 1st 1922. The whole family and maid was slaughtered with a kind of axe. The motive and the murderer are still not known. There have been various theories and discussions about the actual motive of murder and the murderer and even today there are a lot of people and websites searching for the answer.

I have always been a fan of legends and myths especially within the Bavarian region and the deeply christian beliefs and conservative attitude of the people back then adds something special to this story. Also I live not far from where it happened, there is only a field left, but the stories were fascinating enough to release a MLP about it.

What I greatly appreciate about the music of Gratzug is the continual diversity. Every track I have listened to has given me something new. The atmosphere in your work is sweeping, and prompts a whole range of emotions through the duration of one song alone. When you start work on a new track, what are the main things going through your mind, and is diversity always an element you consciously aim to provide?

When writing a song I actually have no real aim. There is no exact mood I try to achieve. The songs appear right out of the moment and so they are very much influenced by my personal emotions and various thoughts. As far as structures change often in one single song is perhaps based on the fact that for all the thoughts wandering in my head there often arise new ways of consideration of these thoughts. It seems in my music there is no space for monotony and stagnation.

Where do you go to find inspiration for writing songs for Gratzug, and do you always have the same routine when it comes to the creation process?

As described, inspiration lays definitely in real life experiences, for example a special moment I want to devote a song to. Furthermore I’m strongly inspired by literature, the southern Bavarian landscapes and nature, winter, legends and myths and sometimes music created by others. Most of the time it’s the same kind of process.

In 2012 you released a split with Finnish band Virvatulet. How important do you consider collaborations for your artistic development? And do you have any upcoming collaborations this year?

The split with Virvatulet was released out of mutual respect for each others music. I don’t think the split influenced me in my creating, but it surely was the right decision to cooperate together and release a common work. In the near future there are no plans for a split but I hope nevertheless there will arise another possibility sometime to share a release with another fitting project.

What will Gratzug be unleashing within the coming months?

The new fourth Gratzug album will be released during Winter 2015 / 2016. The writing and recording is already done. Until that, Hammerbund will re-release a lot of the older releases on Vinyl.